Colleen Ryan has taught courses across the curriculum from beginning and intermediate language to Italian and Italian American culture courses in translation, to graduate courses in foreign language teaching methods, advanced courses in gender studies, courses on contemporary Italian and Italian American film and literature, and theater workshops including performances and productions. From 2007 until 2014, Colleen served as Director of Language Instruction for Italian and since 2015, she has served as Director of Undergraduate Studies for Italian.

Colleen is the author of Sex, the Self, and the Sacred: Women in the Cinema of Pier Paolo Pasolini (University of Toronto, 2007) and co-editor of two volumes dedicated to the teaching of foreign languages through theater arts: Set the Stage! Italian Language, Literature, and Culture through Theater. Theoretical and Practical Perspectives. (Yale, 2009) and Dramatic Interactions: Teaching Languages, Literatures, and Cultures through Theater. Theoretical Approaches and Classroom Practices (co-editor, Cambridge Scholars Press, 2011). In 2014 she published an intermediate-level textbook (with Daniela Bartalesi Graf). Caleidoscopio (Pearson) is a second-year program, with strong literary, visual, cinematic and theatrical components. In 2015, she published a co-edited volume with Lisa Parkes titled Creative Thinking

Colleen Ryan is former President of the American Association of University [Foreign Language Program] Supervisors and Coordinators. From 2013-2015 She was the AAUSC Vice President. From 2009-2011, she was the founding Section Head for Italian. Colleen was also the Vice President for Colleges and Universities of the American Association of Teachers of Italian (2014-2017). From 2009-2012 she served as the association’s Midwest Representative and prior still, she served as Chair of the College Essay Competition. Currently, she is the AATI coordinator for graduate student conference sessions and travel grants.

Also a member of the College Board's original Task Force for AP Italian Language and Culture, Colleen has worked on high school-college curriculum articulation in numerous capacities over the last 10 years and has completed two terms as member of the AP Italian Test Development Committee. 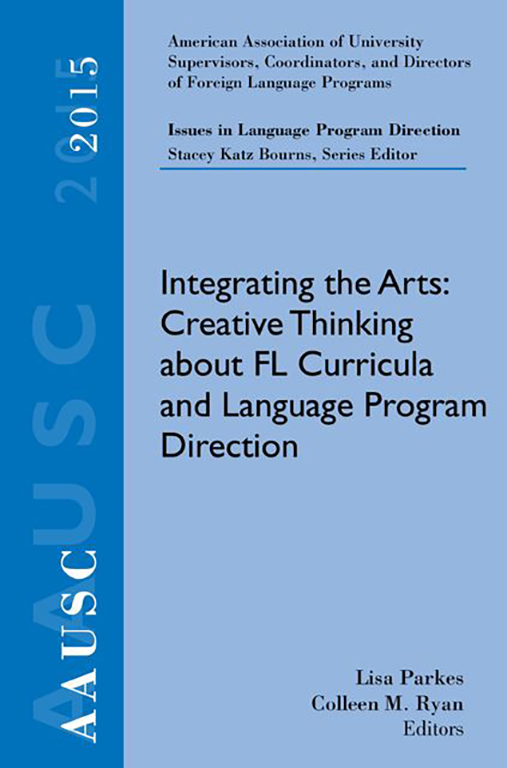