Fiction and Poetry: Exile and Exoticism 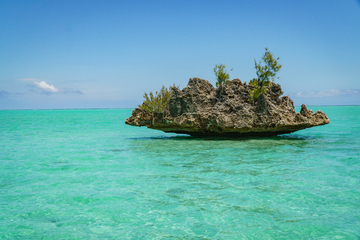 The fascination for the unknown place has always played a prominent role in literature. At least since Ulysses’ peregrinations in his attempt to go back to Ithaca, as they are recounted by Homer in the Odyssey, the remote place has never ceased to provide writers with themes to unfold in their works. Yet this fascination is often of an ambivalent nature, for the enthusiasm that usually characterizes the discovery of a new place is frequently counterbalanced by a sense of nostalgia. Moreover, if many writers and literary characters were eager to leave home in order to travel the world and to relate their experiences, many others, on the contrary, were forced to depart from their place of origin and take the road of exile, sometimes finding in writing the only link with their native place.

In this course, we will study the ambivalence of feelings that an unknown place is likely to provoke in writers, by reading several narratives and a selection of poems that develop the motifs of exoticism and/or exile. Authors considered include Marco Polo, Diderot, Voltaire, Chateaubriand, Hugo, Senghor, Le Clézio, Djebar, among others.

The final grade will be based on class preparation and participation (10%), a mid-term exam (25%), an oral presentation (25%) and a final paper (40%). The course will be conducted in French.