The Handbook of Historical Linguistics 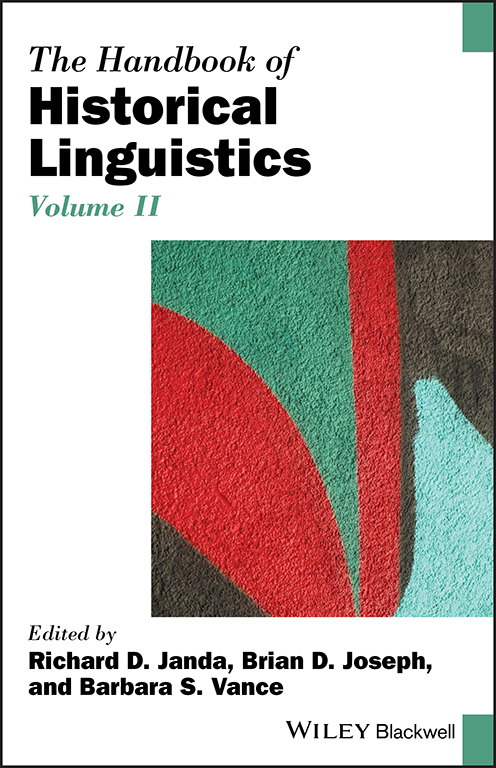 This brand-new, second volume of The Handbook of Historical Linguistics is a complement to the well-established first volume first published in 2003. It includes extended content allowing uniquely comprehensive coverage of the study of language(s) over time.Though it adds fresh perspectives on several topics previously treated in the first volume, this Handbook focuses on extensions of diachronic linguistics beyond those key issues.It provides readers with studies of language change whose perspectives range from comparisons of large open vs.small closed corpora, via creolistics and linguistic contact in general, to obsolescence and endangerment of languages. Written by leading scholars in their respective fields, new chapters are offered on matters such as the origin of language, evidence from language for reconstructing human prehistory, invocations of language present in studies of language past, benefits of linguistic fieldwork for historical investigation, ways in which not only biological evolution but also field biology can serve as heuristics for research into the rise and spread of linguistic innovations, and more.