French Beyond the Hexagon: Migrations méditerranéennes 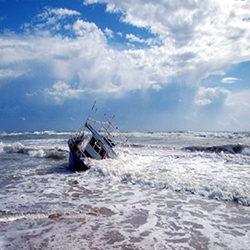 The refugee crisis that has been shaping the current public discourse, social attitudes, and political decisions both in Europe and the US is only the most recent manifestation of century-long patterns of migration tied to economic domination, war, and colonial conquest but also to commercial, human, and cultural exchanges around the Mediterranean basin. The recent COVID-19 crisis has only intensified the urgency of the phenomenon and further polarized the debate surrounding it. We will examine how the current “migrant crisis”, which some have called a “crisis of hospitality”, has been reflected in the media, literature (novels and comics), and cinema (documentaries and motion pictures) by artists, intellectuals, participants, and witnesses from France and the French-speaking world. How has France responded to this situation? What role does the country’s colonial past play in this response? And how has the current global context transformed the Mediterranean from a cradle of civilization into a graveyard of humanity? Students must acquire the novels Mur Méditerranée by Jean-Louis Dalembert and La Mer à l’envers by Marie Darrieussecq; other materials will be made available through Media Reserves or Canvas. Taught in French.