French 17th-Century Literature and Culture: Things to Do with Descartes 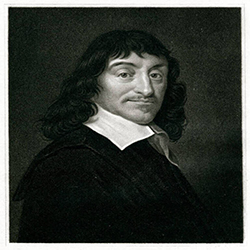 For decades, the œuvre of René Descartes (1596-1650) was reduced to the birthplace of the cogito and the origin of a distinctly scientistic mind/body dualism. To non-specialists, Descartes would mainly be known as author of a few widely circulated quotations and as a foil, if not the culprit, in stories about the emergence of the many evils of philosophical modernity. However, if the same non-specialists turned to the actual texts of Descartes, and even the most canonical ones like Discourse on Method or the Meditations, they would meet a thematic complexity, a layered historicity and a rhetorical density at odds with any easily recognizable version of “Cartesianism” (as being “clear and distinct,” a-historical and a-rhetorical). Descartes quite simply is much less Cartesian than most of his followers. But if his œuvre is not “Cartesian” in any straight-forward way, what are we to make of it? Indeed, what to do with Descartes? We are still in the midst of a vibrant reassessment and reorientation, through which the scholarship is catching up with what any reader has known was there all along but without the proper tools to start making sense of it. Therefore, this is a propitious moment for a theoretically-informed graduate seminar on Descartes. We will explore a wide selection of texts from Descartes’ body of work (from Discourse on Method and the Meditations, via his treatise on the passions and selections from the posthumously published Le Monde, to his very un-Cartesian dreams), while taking stock of recent developments in the scholarship (including Cartesian poetics, passivity, politics, make-believe, folly, crafts, theater, theology and robotics) and looking ahead to still further “Things to do with Descartes.” All readings will be available in English and French, and participants will be encouraged to develop final projects that explore Cartesian “things” at the intersection with their own research interest.